The volatility surface manager is part of a next generation set of tools from Actant that will not only solve the problem of time to market but also provide full “in-house” customization without the cost of a development team. 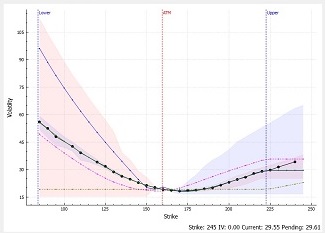 “Empowering users to quickly develop and deploy custom models, whether they are valuation, volatility, or order/quote management related, has long been a pursuit at Actant. Actant has now extended that rich feature set and flexibility into its user interface, creating a truly revolutionary surface management system. ” says Actant CEO, Dan Sacks